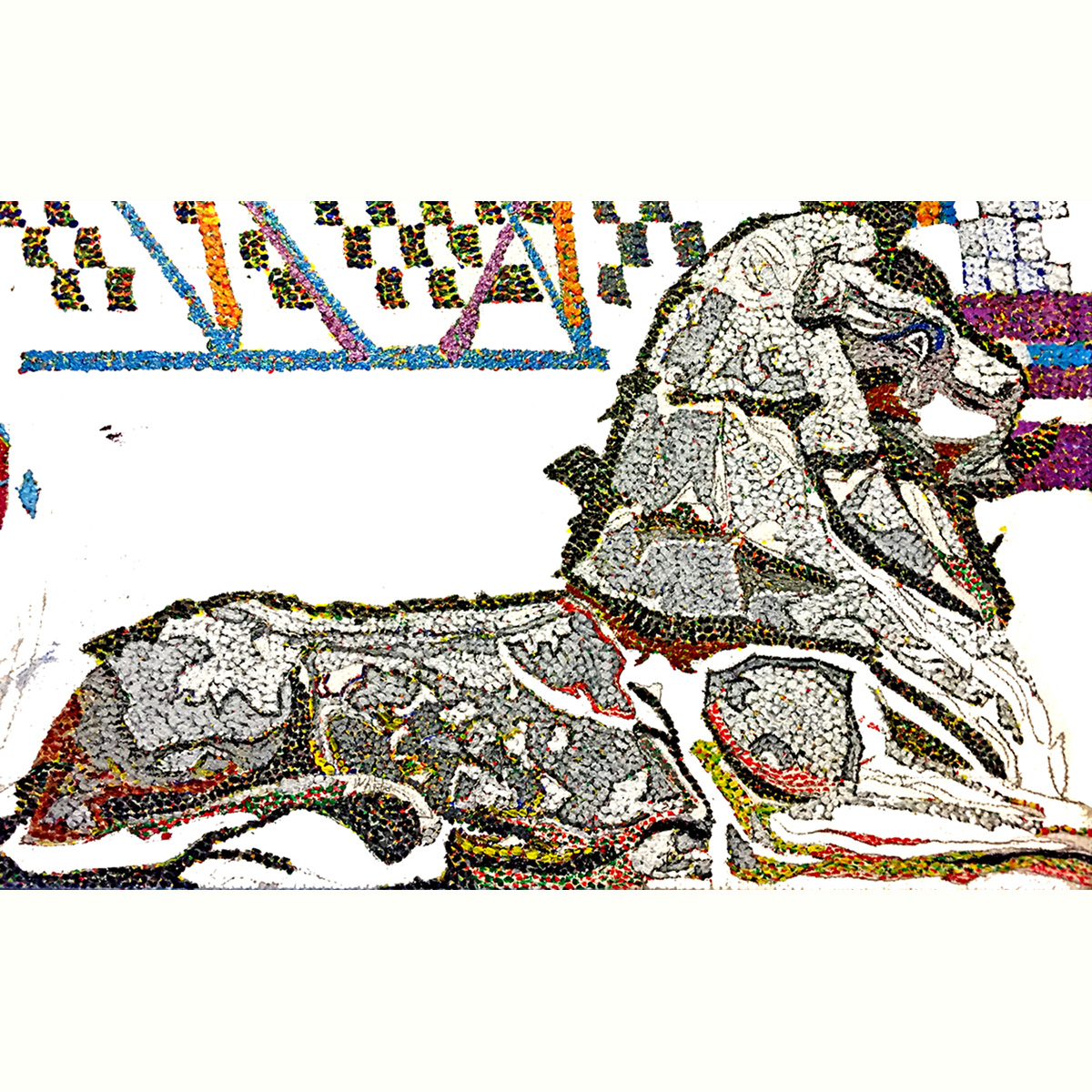 Lions Gate Bridge, Vancouver, BC. opened in 1938. It is officially known as the First Narrows Bridge,[1] and is a suspension bridge that crosses the first narrows of Burrard Inlet and connects the City of Vancouver, British Columbia, to the North Shore municipalities of the District of North Vancouver, the City of North Vancouver, and West Vancouver. The term “Lions Gate” refers to The Lions, a pair of mountain peaks north of Vancouver. Northbound traffic on the bridge heads in their general direction. A pair of cast concrete lions were placed on either side of the south approach to the bridge in January, 1939.[2] From Wikipedia

I originally wanted to make this the bridge the bridge that went across the whole upper side of this painting but it was just too tall and the details got lost as a result. I did however find the lines that I was looking for in the shapes of the lions. This lion will be black and white for the most part. The only part of the painting that won’t be dominated by color but rather by shades of grey.

If you want to cut down on your travel time, you may want to check out the Lions Gate Bridge Traffic Cam in Vancouver. Or if you would like a little Hollywood then checkout this video of the Lions Gate Bridge, Vancouver, BC. collapsing in the movie “Final Destination 5”. They really know how to tap into our fears.